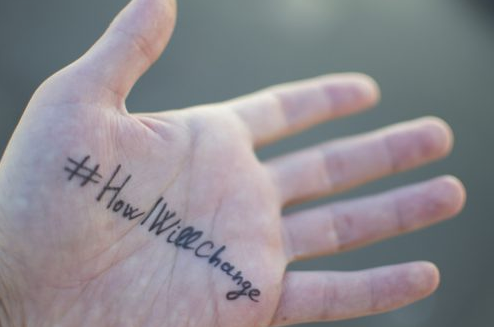 SEXUAL HARASSMENT: TWO QUESTIONS EVERY MALE EXECUTIVE MUST ASK HIMSELF

It seems a day hasn’t gone by lately without another prominent male getting added to the list of high-profile sexual harassers, many of whom have engaged in this abusive behavior against women for decades in the workplace with little or no accountability.

In the months to come, as the news coverage continues to swirl around the most notable violators (and I suspect the list will grow), these horrendous revelations should challenge every male CEO, senior executive and manager, if not every man, to reflect on two fundamental questions.

Here’s the first question. What drives a man to sexually harass a woman, whether verbally, physically or through any other means inside or outside of the workplace? It’s a troubling, poorly addressed question that is getting buried in the tsunami of news coverage focused on the most prominent abusers.

Scant research exists on why men engage in a longstanding pattern of behavior that is so harmful to women. The American Psychological Association (APA) describes sexual harassment as “one of the most damaging barriers to career success and satisfaction for women.” According to the APA, “Harassers and aggressors destroy lives, leaving long legacies of suffering.”

In recent weeks, I’ve been scanning the research on the male motivations and triggers behind sexual harassment, particularly in the workplace.

While the research presents a broad range of possible explanations, one potential reason is particularly disturbing to me as an adult male: the pervasive need for men to dominate and hold power over women in virtually every facet of their lives. On the streets, in the workplace, at home, in bars, in our churches, in our government institutions, in our art, and in our media.

One study I read concludes, “Sexual harassment is a spillover of male dominance from the home to the workplace, from the private to the public sphere…” Another reports that sexual harassment “is motivated not by sexual desire but by men’s desire to keep women subordinate in the workplace.”

In the work world, when men need to remind women of who is “really” in charge or where women are not welcome, sexual harassment and other forms of gender intimidation (obvious and subtle) are unleashed.

For example, recall the recent fiasco that erupted at Google after a male software engineer released an internal memo that characterized women as biologically ill-quipped to work as hardcore software engineers. Considering that women hold only 1out of 8 of the tech sector’s engineering jobs, the message was clear. Software engineering is a male domain so let’s make sure we remind women of their inferior profile for this field. In fairness to Google, the company fired this employee.

Nevertheless, I expect that many men will strongly disagree with the sexual harassment explanation I describe here, viewing it as a grossly unfair judgment. Just more “male bashing.”

But before dismissing this explanation, I ask men to take a hard look at the following realities facing women in today’s workforce:

To most women, I assume these research reflections on male dominance and power are nothing new. For men, I see a different story. According to a 2016 Pew Research Center report, 56% of men say barriers to women progressing in the workplace “have mostly been eliminated.” Really? Would they still say so today, after the recent disclosures of gross abuse against women in virtually every sector of our society?

The Pew report leaves the jarring impression that the majority of men remain oblivious to the reality of women’s lives and the abuse women experience on a daily basis at the hands of our gender.  Why does it suit us to be blind to the toll on our wives? Our daughters? Our sisters? Our female friends and colleagues?

I know in my history as an executive, I could have pushed much harder to hire more women into positions of authority. I know there have been periods when I’ve lost sight of my responsibility to support equity for women and their advancement inside and outside the workforce.

Here is the second, and maybe the most pressing question we need to ask ourselves as men inside and outside the workplace. If our gender is serious about stopping all forms of harassment toward women, a first step is to look closely at who we are as human beings and ask, “In my daily life, how am I perpetuating an environment of male dominance and power over women through my my beliefs, behavior or by staying silent?” I don’t think any man is entirely immune from contributing to this problem, which is why we all need to take responsibility to eliminate it.

I expect finding the answers to this second question will be a life-long and humbling journey.

PrevPreviousHOPELESSLY STUCK IN A WORK PROBLEM?
NextFOR HOME OR WORK: THE SCIENCE CASE FOR MEDITATIONNext