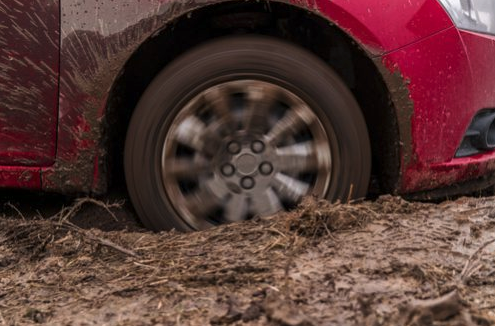 HOPELESSLY STUCK IN A WORK PROBLEM?

How often have you found yourself stuck in a work problem and just spinning your wheels over and over? It could be a co-worker conflict that seems to defy resolution, a group disagreement over a hiring decision, or a stalemate on budget cuts that have to be made.

When I hear clients describe these and other wheel-spinning situations, I frequently hear the words, “We’re just stuck,” “I don’t see any other choices,” or “We’ve tried everything and nothing works.” We often hit a wall with work problems because, consciously or unconsciously, we’ve settled into viewing a particular situation through one entrenched perspective, which is frequently a negative one. What’s more, for a wide range of reasons, we are deeply committed to holding on to this frame, no matter how long we’ve been stalled.

When I see clients in stuck mode, I pull out this little mind exercise, which you can try on yourself or with co-workers. For example, recently I worked with an executive on a hiring disagreement he was having with one of his department mangers. He wanted one candidate, she wanted another and they were stuck.

The first thing I asked the executive to do was to describe his view and boil it down to a few words. He said, “My department director is going to hire the wrong person.” Then I asked him if he was willing to view the issue through vastly different perspectives that were only positive, not negative.

By the way, this request is usually met with puzzled expressions and skepticism. It can be a difficult shift to make. But it can be worthwhile. The exective agreed to play along. From here, I asked him to generate up to eight or ten alternative perspectives through which to view the problem, again, only through a positive light.

To his surprise, he came up with a basket full of positive perspectives. Two examples were,  “My department director is a capable manager and the hiring decision is hers to make,” and “Letting my department manager make the decision will be a good growth opportunity for both of us.”

Once the executive generated his list, we talked over each option and I asked him to select the one that held the strongest connection for him. What perspective produced the most excitement? What alternative generated the strongest positive feelings? Typically, the most resonant option will take the individual into more new thinking and possible solutions. And that’s what happened. Eventually, the executive stepped back and let the manager make the decision as a growth opportunity.

I am constantly amazed by how much this quick exercise opens up an individual’s mind to let in a range of fresh perspectives and ideas on how to get, well, unstuck. The idea is to create a different type of energy around the issue that will help regain traction and forward movement. If you and your group are struggling with a problem, give this exercise a try and let me know what happens. Contact Me Here.